My daughter took this photograph a few night’s back. It’s useful because it is me as I am, here and now.

The bonfire that lit me is ashes, but I’m stood in the same place. It’s just started to rain, there is that sense of electricity, the scent of it has risen into the air. Although it’s nearly sundown, I’m waking up. I’ve been waiting for this moment for hours.

My daughter has just berated me for stealing her pillow. She has been tucked into bed, but opened the window and yelled, well within earshot of my Polish neighbours two doors down who are having their usual summer evening smoke and chat. The neighbours stopped their chat, I went back inside. By now, she’d found the pillow I didn’t steal, but she’s still angry. Just angry, no reason. Grudgingly, huffing, she went back to bed.

I am supposed to be doing some other writing, but gave myself a break to water my garden, which has now given way to this.

This is my horse chestnut 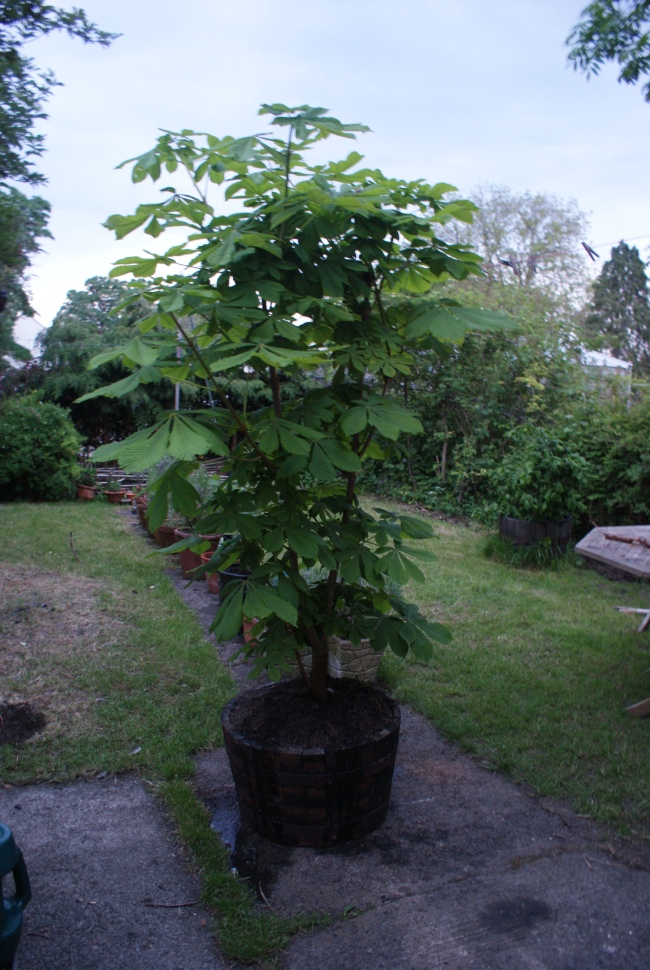 It is over 5m tall, and about that many years old. I grew it from a conker from my garden back in Eynsham, Oxfordshire. J and I repotted it a week ago Sunday into a half sherry barrel that is too small. I will order a more suitable one here: huge pot

This is one side of my row of pots

This is the other side of my row of pots 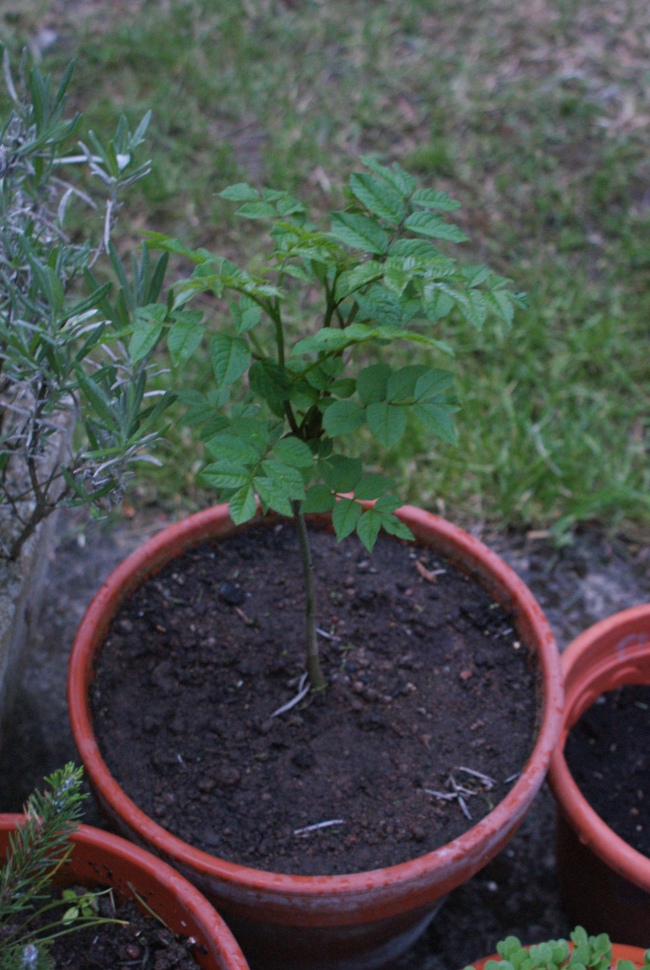 The plants are all in pots because I’ve moved three times in the last five years.

The first of the three moves was to move myself and my daughter in with a girlfriend. It lasted three months before she found out I was flirting with someone online.

It is the worst thing I’ve ever done.

I’ve tried to reason out why- maybe it was a result of the damage done in my own divorce, the unfaithfulness of my wife. Maybe it was some need to not be instantly, entirely merged into someone else’s world. As likely is that I am not perfect, that I am capable of baseness and cruelty. It’s been three years and I’m still feeling guilty.

2. I need moments of calm

I usually water the plants after working-out in the evening. For the last four months, I’ve given up weights and adopted this programme: Medicine ball workout Maybe I’ll write about that another time, but it is good, despite the fact several of the exercises make you look like a bell-end. In between sets, I like to fill up the watering can, then get close to the plants and carefully water them.

There was a toad amongst the strawberries once

Beautiful creatures. Orwell wrote an essay (Some thoughts on the common toad, 1946) in which he describes the toad’s eye:

…the toad has about the most beautiful eye of any living creature. It is like gold, or more exactly it is like the gold-coloured semi-precious stone which one sometimes sees in signet rings, and which I think is called a chrysoberyl.

3. I want a future in which I can plant my trees into the ground

I keep the plants in pots because I am too selfish to leave them to whichever tenant moves in after I leave. I  love my plants, particularly the saplings, and want to sustain a mini arboretum which increases each year. Medium specimens of all my favourite trees. One day. One year, I will buy a house, or we will build our own, with some land into which I will plant the trees, the lavenders. Their roots will sink deep and they’ll flourish.

My plants will go with me wherever I go. I provide for them, they grow and provide me beauty and joy. My children too.

My hopes are the same. For them to come to fruition, I will ground their roots in endeavour, nurture their growth with clarity of purpose, honesty and humility.

My Blog
nade in the kitchen